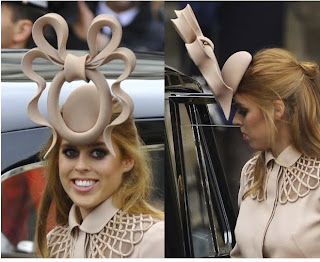 this royal fashion hat thing is a non-sense invention since Queen Elizabeth II stopped to bother about fashion in the 50's, now people think this is a style!
when I moved to England I read a book about English behavior called "Watching the English" by Kate Fox and according to her the most bizarre sense of fashion in England is the Queen taste for clothes and hats.. the Royal wedding today was a great opportunity to witness the extent of this bizarre sense of "fashion". I say DONKEY!
Posted by Roberta Hoffmann at 3:20 PM

Posted by Roberta Hoffmann at 10:04 AM

HEY Y'ALL!
THIS IS ROBERTA, She is our friend for a long long time. She got in our gang because her and Adriano been hanging out for the past 2 decades.
She is the reason why we named our album "Donkey". SHE IS the friend who would call people "hey you donkey, this is wrong" instead of "you stupid".

She is awesome. She is selling our merch in this tour... come and say "hi" to her.
You can also see her on the insert of "Donkey".
She is very sweet and funny. And if you do something stupid she might call you a donkey.
We gonna invite her to be a contributor at this amazing blog.
Her column is going to be called "UNKNOWN BRUISES"... she had this idea after all of us started getting those since the tour started. 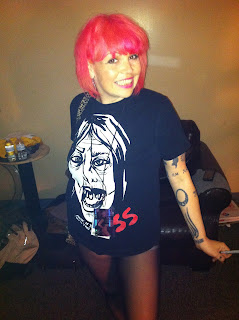 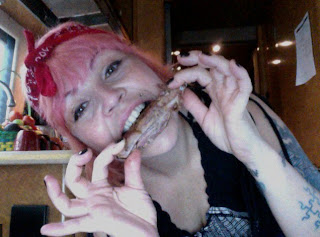 Roberta eating a pork chop in the bus 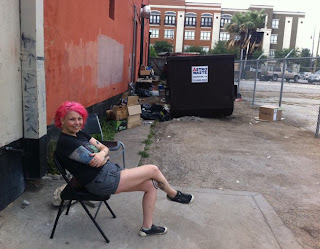 Roberta hanging with the trash in Houston
Posted by LHM at 3:10 PM

IM SO DRUNK AND HAPPY TEXAS

Hey........... I'm really drunk and today was souch a great show.... Thank you all so much for coming
Every tome I'm in Houston during the day it all looks the same and I never get to feel the city so I lwaya thibgk the city is a bit weird but the gig is always are amazing!!!! Fun people gathering together........ Thanokd for showing up!!! W e will come backup in October with a new album......


- Posted using BlogPress from my iPad

Rock of Love in Austin

- Posted using BlogPress from my iPhone

SO TODAY IS ONE WEEK SINCE WE'VE ARRIVED IN U.S.... First day in San Francisco we wandered around town, went to Tartine, Sushi Land and saw PJ Harvey playing at Warfield. Next day was the first gig at Mezanine with Princeton and Hot Tub. I didn't know Hot Tub and I loved it. They are really fun girls. The music was so bad ass. We've been listening to one of the cds they gave us here in the bus.
After was Coachela and it blew my mind.
See, I'm trying to write a diary here...
well... the coolest thing I have to say is that we have a side project called DJ POOP.
This name is something Luiza always wanted to use and didn't had a chance yet. We needed a secret name for a CSS dj set so we all went for DJ POOP.
So if you see that DJ POOP is approaching your town come around cuz it will be the shit.


Sorry this post has no photos because I need to develop anything first. 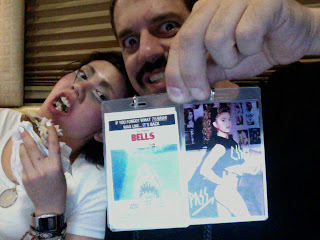 So, we just played the gig at White Rabbit, San Antonio, TX. IT WAS SO FUCKING COOL. Texas is always fun... We also just met our homies Bosco Del Rey and the Sleigh Bells and they are so cool! We feel this tour is going to be about serious fun.
Posted by Adriano Cintra at 10:04 PM

RIPPIN SHIT IN THE USA Hey. I know, we been away from our blog. :( :( :(
It's just that the internet on the bus is really a pain, it keeps disconnecting all the time. Hopefully it will work now.
So, we played really amazing gigs in the past couple of days. SF was farrrrking cool, Coachella was orgasmic and Pomona gave us all butterflies. Then we had to cancel Scottsdale gig due to a conflictual agenda, we spent a whole day inside of the bus going from Arizona to New Mexico, we spent last night at Las Cruces and here we are again, in da bus, heading to San Antonio in Texas. We just crossed a check point with Board Control officers, it sucked. First cos they were amazed that the Brazilian passport is blue, cmon. Daaah. Second cos it was so early, it was really confusing, hey, who are these guys with guns inside the bus? Damn it, I hate guns.
So, from now you can expect us to write a bit more about this tour here.
We love you, keep catching us live! We'll have great times.

CSS
Posted by Adriano Cintra at 10:37 AM 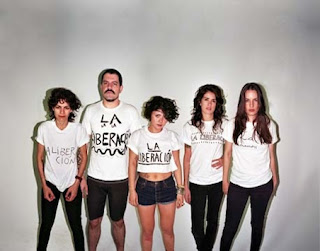 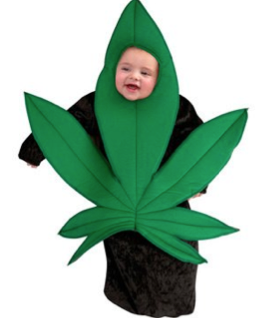