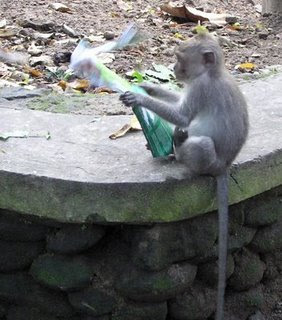 Monkey's reading the news and just found out Ricky Martin had two babies old surrogate style late august! Aaaaahn... And he gave italian names to his boys, I wouldn't expect different. Glad none of them is called Donatello though. Matteo and Valentino are being raised in Puerto Rico and Ricky Martin is happy and nannyless. Cut the crap, I can't imagine him changing diappers since august.
We're in Chicago. Yesterday I went to the local Fogo De Chão. I ate for two consecutives hours. I had pão de queijo and fried polenta and picanha. The guy carrying the picanha stick was very friendly, he gave me the best cuts. CSS would love to be sponsored by Fogo De Chão.
Posted by Adriano Cintra at 1:10 PM