SAO PAULO SHITHOLE OF THE WORLD 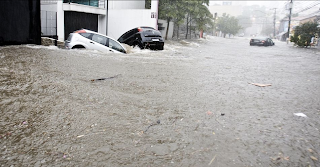 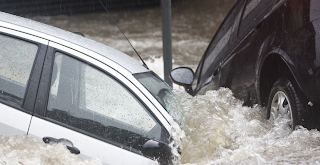 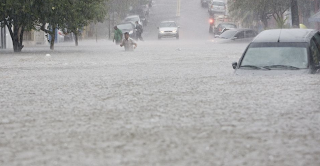 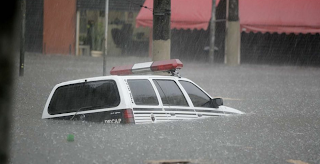 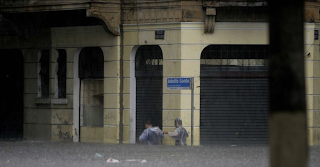 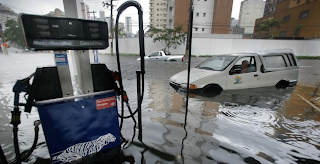 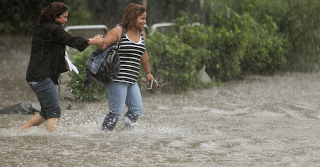 These are not poor parts of the city. The first three are from Vila Madalena neighborhood. The other ones are downtown SP.  And when the rain is over (and of course we ran out of electricity), we still have to deal with the traffic. For most of the traffic lights don't work. 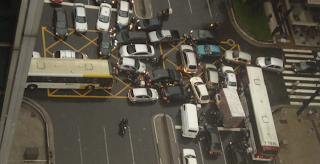 This is the crossing of Rebouças avenue with Faria Lima. YAY!
Ah, most of car insurances here in Brazil don't cover "natural disasters". Flooding is considered a natural disaster. Even when it's known they are caused by the garbage preventing the water draining to the sewer because the fucking gay mayor don't get the water drains cleaned. Cos he's too busy spending all the money advertising how good he is.
Argh.
8pm. The traffic is still a chaotic. I want to go home.
Posted by Adriano Cintra at 4:16 PM